This passive electromagnetic pickup first appeared in Rowe Industries’ pre-1960 purple catalog Form 146 and last appeared in the 1974 (precise date to be confirmed) blue & yellow catalog.  It was designed for screwfixing across the soundhole in a flat-top guitar.  It came with volume and passive treble-cut controls in a separate metal housing intended to be screwfixed to the instrument’s front face.  Initially all cables were hardwired but later a mini-jack socket and a detachable lead were provided for the outgoing cable, first shown in the July 1965 purple catalog. 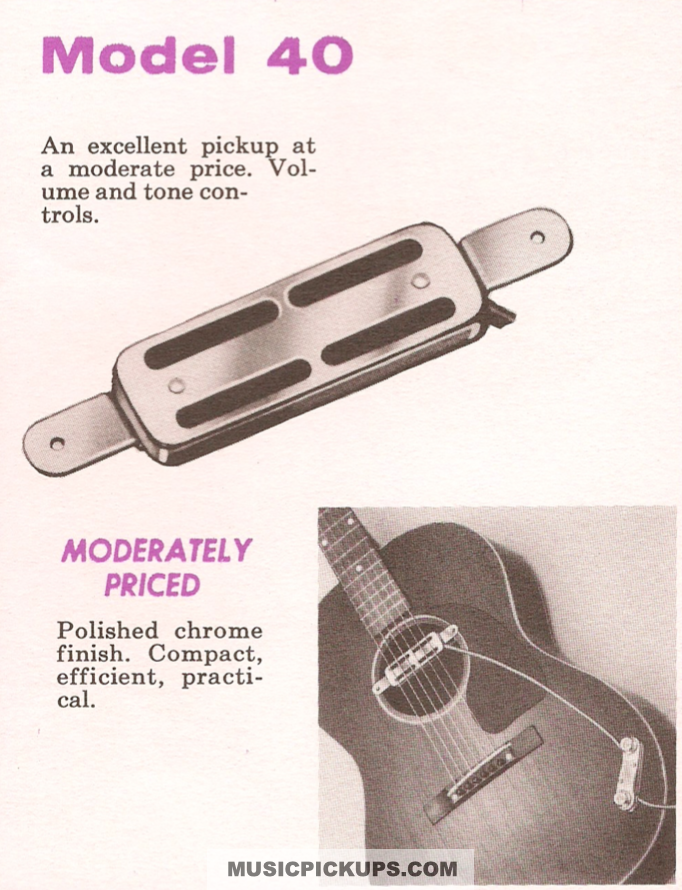 This extract from Rowe industries’ purple catalog of approx. 1957 (precise date to be confirmed), shows the pickup installed with the first (straight-sided) version of the V&T controls box, all hardwired.