CF Martin instruments shown below include:

Between 1959 and 1965, CF Martin produced a range of flat-top roundhole and archtop guitars, most being fitted with one or two DeArmond Model 2000 pickups with a few cosmetic differences.  The first, common to these pickups each have an irregularly-shaped ope in the top, as seen below.  This particular variation on the standard 2000 pickup is unique to CF Martin, except for one Guild archtop.  See the Guild section for information. 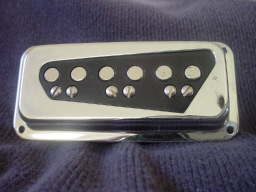 This pickup was fitted to the 00-18E and the D-18E flat-tops at the neck in chrome, and the D-28E flat-top in gold, with black coil formers. Two versions of this pickup were also produced – one with a symmetrical outer fixing plate and one with a rebated plate for locating at the neck. 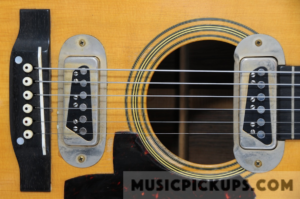 Most of the flat-tops had the bridge pickup installed away from the sound-hole as shown here.

A unique aspect of all of these guitars is that they were factory-fitted with parametric tone controls.  The complete wiring harness, including pickups, switches and pots, was assembled by H. N. Rowe-DeArmond, as was common at the time.  This tone control arrangement was not provided for any other customer of H. N. Rowe-DeArmond.  This same tone control was fitted in DeArmond’s Model 610 Volume/Tone control foot pedal. 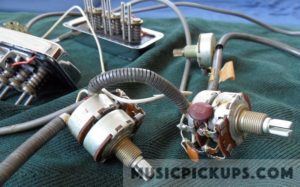 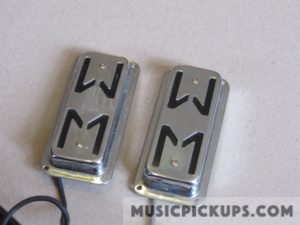 This ‘M-logo’ pickup, in two different heights as shown, was fitted in some of CF Martin’s GT-75-12, 12-string archtops, shown below. (Pickup photo copyright Dennis Ogburn) 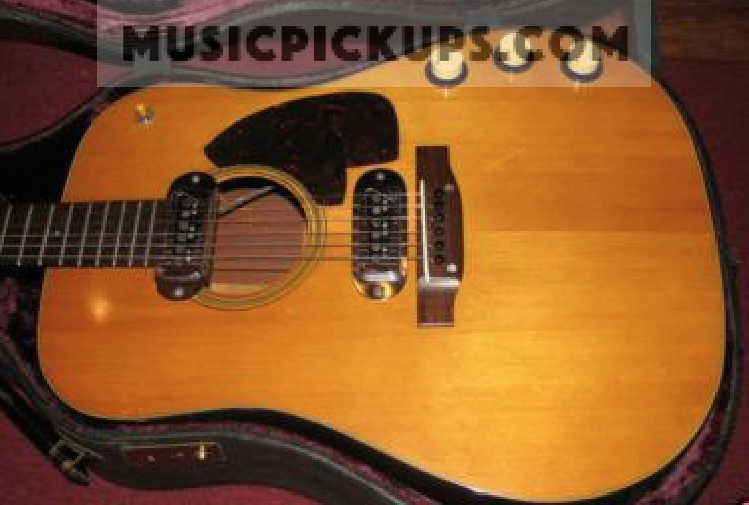 CF Martin GT-75-12 (Example 2)  with the Model 2000 pickups in two heights.  CF Martin’s records indicate that only three of these instruments were produced.  (photo copyright CF Martin – B0192)